I have a problem I would like to confess you about. I’ve noticed that when someone that I’m having “something” with (relationship or whatever) decides to end it by way of ghosting or your typical “it’s not you, it’s me” break up through Facebook messenger, I get the sudden urge to GTFO of Puerto Rico. It happened in 2013, it happened in 2014, and it happened this year. I already had a trip planned when my now ex bae decided that “we needed to talk” and that he wasn’t “ready for me”. At around that time (mid August) I was reading about how air travel was going to cost less this fall so I decided to check out the fares. I found that it would cost me $284 to fly to Chicago and NYC during the end of September. I had the money, I did the math to see if I could do it because I already had a bigger trip planned. Then I went on YOLO mode and bought the damn tickets.

I was so excited about Chicago. It was my first time visiting so I read up about it and checked out Anthony Bourdain’s Layover episode (Bourdain’s my hero). My main goal for Chicago and the weekend was to spend less than $200 on the trip. Here are some tips if you ever decide to visit the Windy City:

El Santo shrine at the National Museum of Mexican Art 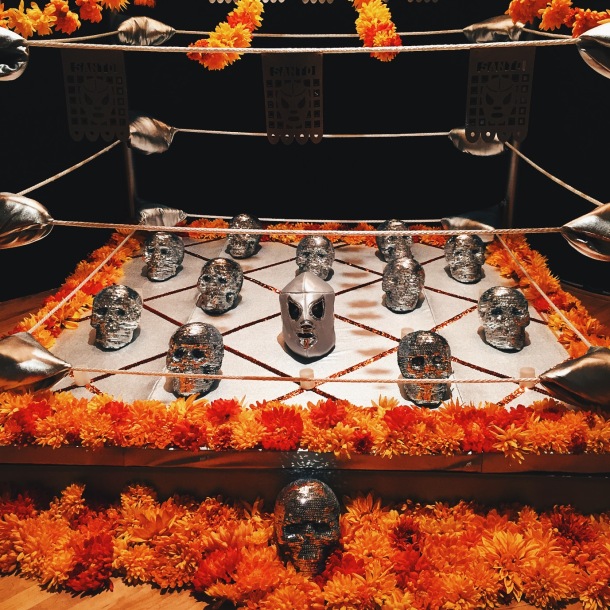 Bottom half of El Santo shrine

By the end of my twenty something hour trip to Chicago, I’ve realized that I had a great time but just as I suspected, it left me wanting more. Chicago deserves more of my time and if you like what you read above, more of yours. So go visit if you have the chance. I know I will when I do.

The images from this blog are my property unless noted otherwise with a link to their respective sources. If you like something and you're going to use photos from this blog, please link back. If you see something with no source, please contact me (Email addresses are in About tab).